Our Past and Present Pastors in the Order they served

In May of 1963, Rev. Curlee Thomas was called to serve as pastor of New Jerusalem at the age of 32. Rev. Thomas came to a people who were thankful for their past; and their faith, hope and determination was on better things to come. They were small in number, but strong in their efforts to achieve the goal that they had in mind. In this era, there were such church leaders as Webster Bell– Deacon and Church Secretary; H.W. Lassiter– Assistant Secretary; Columbus Jones– Church Clerk; Lucille Anderson– Assistant Church Clerk; James Whitaker– Chairman of the Deacon Board; Dolenia Tooke– Chairman of the Building Fund; Elizabeth Dickerson– Director of B.T.U.; Juanita Harris– Sunday School Superintendent; Blonnie Davis– Chairman of Deaconess Board; Ellawee Clark- President of the Usher Board; J.J. Bankston- President of the Women’s Missionary Society; Carrie Washington- President of the Pastor’s Aid Club; Samuel Ficklin- President of the Choir; and Delores Nolen- Directress of Music. Other deacons were James Davis, James Bankston, John Taylor, Dan Lusk, J.L. Buford and Earlie Moore. Deaconesses were Mary Whitaker, Esther Long, Annie Watkins, Mamie Jackson, Lucille Jefferson, Tressie Ficklin, Willie B. Bell and Gladys Moore.

During Rev. Thomas tenure, the church decided to rebuild, but there was not enough money to do so. The church was in bad condition, and during this time, many churches were being condemned and told they needed to rebuild. But God was with His people and He fulfilled and answered their prayers of endless faith! God allowed money to come in miraculous ways. The leaders pulled together to make things happen. Some members gave money outside of their tithes to finance the general operations of the church.

The date set for the dedication of the new sanctuary was October 6, 1968. As things were happening in 1968, the church went to full time on the first Sunday in March. The strength of the church accelerated, and the membership began to grow. During this era, a new parsonage was also completed beside the church to house the pastor and his family. The second parsonage was completed at 407 East 16th Avenue, and Rev. Thomas and family moved in on Monday, December 20, 1986.

As the years rolled by, Rev. Thomas was almost confined to bed, but the church’s work still went on. The Associate Ministers during this era would serve on Sundays and assist Pastor Thomas in preaching. In the year 2000, New Jerusalem Baptist Church celebrated their 100th year anniversary with special services and a Souvenir Booklet. Pastor Thomas continued to serve as pastor even his health began to decline further. On April 27, 2002, Pastor Thomas answered the Master’s call and transitioned from this life to a new and larger life with the god whom he had taught about for so many years. (Pictured below in the order that they served, from left to right are Rev. W.J. Davis, Rev. B.R. Riley, Rev. N.E. Holsey, Rev. P.H. Henderson and Rev. Curlee Thomas. Pictured beside Rev. Thomas is our structure during his tenure.)

In the fall of 2002, Rev. James L.E. Forte,’ was elected as pastor of New Jerusalem. His tenure was short, but he too was an effective pastor. Reverend Forte’ fulfilled his pastoral duties of worship leader, preaching, caring and nurturing of the church’s spiritual life. Additionally, Rev. Forte’ and his staff saw to it that the Holy Sacrament was taken to the sick and shut-in members on a regular basis. In 2008, when his health began to decline, he resigned as pastor and returned to his home in Little Rock. Associate ministers, Rev. James Britt, Rev. A.G. Green, Rev. Johnny Rabun and Rev. A. Dale Watkins willingly shared with the congregation what the Lord had placed upon their hearts.

In August 2010, Rev. Frank J. Harris, Jr., of Memphis, Tennessee was elected as pastor. Pastor Harris set the standard for getting the church on the move again. Under his leadership, an enthusiastic praise team ministry was formed, the Voices of Excellence Choir was established, and a Trustee Board was put into place. The church underwent extensive remodeling of the sanctuary. Upgrades and repairs were also done to the church parsonage. In February of 2016, Rev. Harris informed the New Jerusalem church family that he had accepted a new assignment with the Second Canaan Baptist Church in Detroit, Michigan. Rev. Harris preached his farewell sermon on February 28, 2016.

On April 18, 2017, Rev. Sidney L. Miller of Little Rock, Arkansas was elected as Senior Pastor of New Jerusalem Baptist Church. Rev. Miller was officially installed on June 4, 2017. Pastor Sidney L. Miller is a passionate forerunner for the Gospel of Jesus Christ. On January 21, 2018 Rev. Miller amicably parted ways after much consideration regarding the church. 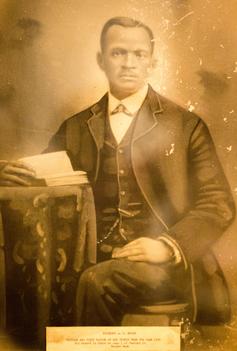 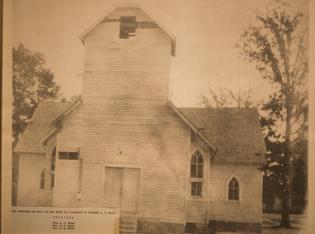 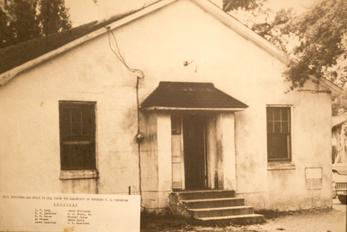